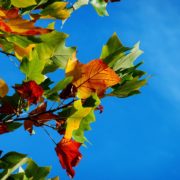 Fall is just around the corner—it’s hard to believe, isn’t it?—and that means a whole smorgasbord of possibilities for seasonal marketing for your restaurant.

Here at the Vida & Estilo Restaurant Group’s blog, we like to provide as many tips and insights on successfully marketing an eatery as we can, and today we’re going to focus on some advice for promoting your establishment amid the crisp, shortening days of autumn. Read on for a bit of inspiration as the calendar turns toward that delicious–and emphasis on delicious—time of fall!

END_OF_DOCUMENT_TOKEN_TO_BE_REPLACED 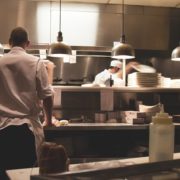 These days, open kitchens have become commonplace in restaurants: at their best, a wonderful draw that allows customers to peek behind the curtain and watch the very food they’re enjoying being prepared by skillful culinary artisans. Depending on the establishment, however, this trend may or may not be the best choice. Here are a few considerations on the potential pluses and minuses of the open kitchen!

END_OF_DOCUMENT_TOKEN_TO_BE_REPLACED 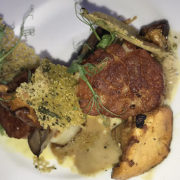 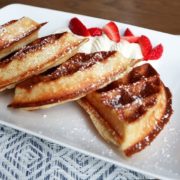 Starting this weekend, dozens of restaurants across town will begin serving their Miami Spice brunch menus. Diners will have until September 30 to enjoy a three-course brunch at many of Miami’s favorite eateries.

This is the third year Spice is offering brunch menus at select restaurants. Veteran restaurants include Essensia, Stiltsville Fish Bar, Fooq’s, and Peacock Garden Bistro, while Swan and Byblos are among this year’s newcomers. The brunch menus are only available on Saturdays and Sundays for $23. 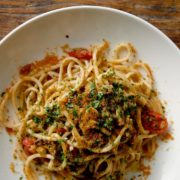 While the months of August and September are regarded as “low season” in Miami, it is actually a great time to be in the city for anyone who loves food. Miami Spice is a two-month-long restaurant promotion organized by the Greater Miami Convention & Visitors Bureau (GMCVB). From August 1 through September 30, 2019, participating upscale and fine-dining establishments will offer three-course menus at reduced prices of $23 for lunch/ brunch and $39 for dinner (per person). These prices include an appetizer, entrée and dessert. (Tax, tip and service charges are additional, as well as libations, unless otherwise indicated.)

James Beard-nominated Brad Kilgore’s Alter has been part of Miami Spice over the years, and this year, his Japanese-inspired lounge Kaido and wood-fired American bistro Ember in the Design District are participating as well. “We are looking forward to Miami Spice at all the restaurants,” he says. “It’s a great opportunity for the restaurants to be able to show new local diners what we are all about.” Diners can expect to see signatures on the menu like Kaido’s yakitori chicken skewer. “When Daniel Boulud came to eat, he ordered a second one,” shares Kilgore, “[For Miami Spice] we are updating it with the addition of chargrilled and glazed house made baby bok choy kimchi.” Ember is offering its fried chicken (usually served with caviar butter) with Nashville hot style chicken fat and spicy chili dipping, especially for Miami Spice. “Chef Nick Graves worked in Nashville for years and has been waiting to bust this out.” By mid-August, Ember will be debuting lunch for the first time. “We will be offering a Miami Spice style menu with a few a la carte options like an All-American Double Burger with Special Sauce.”

Hemant Mathur—the first Indian chef to receive a Michelin star in the US via his (now-shuttered) Devi in New York—opened Maska in Midtown Miami last December 2018.  “Miami Spice is an event that locals look forward to in order to try the best restaurants in town and we couldn’t miss the opportunity of sharing our concept given it is also our first year,” shares Hindi-speaking Portuguese restaurant manager Cristiano Azevedo (who worked previously at Indian Accent in both London and New York). “We decided to portfolio dishes we’re getting known for and [that are] representative of the various states of India so people could be exposed to the different regional cuisines within one menu.” These include Maska chicken, the restaurant’s version of a butter chicken (a must-order!), khoya mushroom (paneer stuffed portobello mushroom), crab tadka dumplings, and kulcha (get the one stuffed with mushroom and truffle). Maska’s Miami Spice offering includes a complimentary cocktail—the Aam-Chi martini, a gin-based cocktail topped with mango lassi foam, “an aperitif inspired by modern and classic India,” describes Azevedo.

Also in its first year, Pez, developed by Baja culinary movement founder Javier Plascencia, “will take guests to Baja with flavor combinations you won’t find anywhere else in Miami,” says owner Frank Neri. Apart from a selection of tostadas and tacos for lunch, hearty mains like pulpo en mole de aceintunas and pork belly al vesuvio can be had for dinner.

As for Novikov, the first US outpost of the London and Moscow celeb favorite, this is their second year. “Our first year participating in Miami Spice could not have been more successful,” discloses Philippine-born head chef Oliver Lustado. “While Novikov Miami debuted at the end of the season, Miami Spice was a great vessel to help grow our awareness within the community. For our second year participating in Miami Spice, we are thrilled to announce we will be offering a three-course dinner menu in addition to lunch. It will be our first year unveiling a specially priced evening menu.” Must-orders from the Japanese-Chinese outpost include chicken and morel siu mai, spicy prawn money bags, robata salmon and black bean chicken.

Speaking of the Philippines, while there aren’t yet any dedicated Filipino restaurants that have emerged in Miami proper per se, diners who would like to experience Filipino flavors can visit Pao by Paul Qui at the Faena Hotel, where head chef Benjamin Murray is serving cobia kinilaw and fried chicken with banana ketchup. Sister restaurant Los Fuegos by Francis Mallmann is also in participation with mains like local snapper a la plancha, ribeye churrasco and cast-iron wild mushroom to look forward to.

Options are the name of the game at Santiago Gomez’s Tacology at Brickell City Center, where the pioneer of modern Mexican cuisine in Miami has created a menu “where clients can choose from our different taco offerings,” in addition to a starter and dessert. His fine-dining Cantina La Veinte is also participating.

“Ariete loves the Miami Spice time of the year,” says chef-owner Mike Beltran, known for his progressive American cuisine influenced by his Cuban heritage, at his popular Coconut Grove location. “It really is an opportunity to introduce so many new guests to the restaurant. This year, we have actually changed the format completely. The first course and dessert course are completely family style so you get every dish!”

Here is the full list of participating restaurants for Miami Spice 2019: 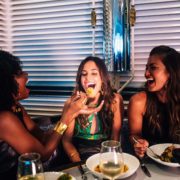 People complain about summer in Miami, but if you don’t mind humidity and occasionally having to ford a river on your evening commute, it can be a pretty great time. Tourists and snowbirds aren’t here in force, and we can enjoy cool stuff now we never could in, say, March. We are, of course, talking about this weekend’s kickoff of Miami Spice. But also about a free beer pool party at The Generator, a watermelon-themed beer release party in Lauderdale, and street art at the Westfield Mall. All that and Laser Beyonce highlight the best stuff going on in South Florida this weekend.

Join the Bey-hive at Laser Beyoncé

Friday, August 2
Frost Science Museum
Try and resist the temptation to get up and do the “Single Ladies” dance — or start smashing mailboxes — when you attend Frost Science’s laser Beyonce at 7pm. If you’d rather watch something a little more… relaxed, you can also catch the Rolling Stones at 8pm, Gorillaz at 9pm, and the classic midnight Pink Floyd: Welcome to the Machine.
Cost: $10

Kick off Miami Spice with our Deal of the Week: Stripsteak

Friday, August 2 – Sunday, August 4
StripSteak
It’s that time of year again, when Miami’s usually-cost-prohibitive eateries open their doors to those who can’t afford $28 for a cheeseburger. This week’s best deal can be found at the fabulous Fontainebleau’s StripSteak, where you’ll make the most of the menu by ordering the “Instant Bacon” pork belly; the 8-ounce filet mignon; and the Key lime pie. Usually that would cost you $82, but not today.
Cost: $39.95. That’s a $42 savings.

Score a free ice cream sundae by donating a backpack

Friday, August 2 – Sunday, August 4
Hoffman’s Chocolates
Starting this weekend and running through August 11th, Hoffman’s Chocolates is running a back-to-school backpack drive, where everyone who brings a new pack into any of its Broward or Palm Beach County stores will get a free ice cream sundae with their donation.
Cost: One new backpack

Saturday, August 3
Tarpon River Brewing
No fruit embodies summer like watermelon, so spend Saturday immersing yourself in the stuff when Tarpon River celebrates the release of its new Wit-R-Melon beer. In addition to plenty of suds, there’ll also be Wit-R-Melon slushies, a watermelon-themed menu, a watermelon toss, watermelon carving contest, and live music.
Cost: Free to attend.

Saturday, August 3
Batch Gastropub
The tasteless gentlemen who run Brickell’s stalwart sports bar are continuing their summer educational series Saturday at 10pm, where Adult Trivia will teach you all kinds of things you never wanted to know. This weekend you’ll also get free samples of Sazerac, and a free drink if you show up at 9:30pm. Trivia starts at 10pm.
Cost: Free to attend

Saturday, August 3
Katsuya South Beach
Ladies, ladies, ladies! This Saturday there’ll be no need to chat up dudes born during the Kennedy administration to get free Champagne. Katsuya South Beach is kicking off is new ladies night from 8-11pm, with free bubbly for women in the Dragon Lounge and, as required by law, a live DJ.
Cost: FREE! (But not for you, gentlemen. You still have to pay.)

Travel to Spain without leaving Miami

Saturday, August 3
InterContinental Miami
Spain is glorious in the summer. Of course, it’s also a nine-hour flight away and full of tourists so why not get the best of Spain without even having to cross the causeway? The InterContinental Downtown will host its Tour of Spain event from 6-10pm, where you’ll enjoy wine tastings, flamenco music, all the Spanish cuisine you can handle, and a signature cocktail made for the event. Plus, one lucky winner will get a free stay at the InterContinental in Madrid and a tour of the Rioja wine country.
Cost: Tickets are $100, but use code VIVASPAIN to get 15% off.

Travel to Wynwood without leaving Plantation

Saturday, August 3
Westfield Broward Mall
The murals in Wynwood are great, but if you live in Broward, between traffic, parking, and paying $9 a beer, sometimes the neighborhood loses its luster. This weekend you can avoid all that and hit the Westfield Walls instead, where Emmanuel Gonzales will have street art on display from noon to 4pm at Center Court, as well as an urban art lounge, live performances, art demonstrations, and art workshops.
Cost: Free

Sunday, August 4
Sweet Liberty
Some of us got our first impressions of Miami watching Nathan Lane and Robin Williams drag it up in The Birdcage. Live that life this Sunday when Sweet Liberty launches its Birdcage Brunch featuring reigning Ultimate Miami Drag Queen 2019 Karla Croqueta. There’ll be seatings at 1:30 and 3:30pm, with a la carte brunch and $30 bottomless prosecco.
Cost: The show is free. Food items vary. 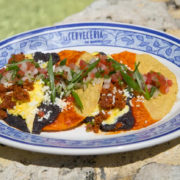 The new brunches you need to know about

Brunch is the best part of the weekend, right? With a slew of offerings available around town, its hard to keep them all straight. So to cut through the clutter Eater Miami has rounded up the best new brunch offerings around town — that have been offered less then a year — to check out on your next weekend excursion. (For the long-standing favorites, make sure to check out our essentials map.)